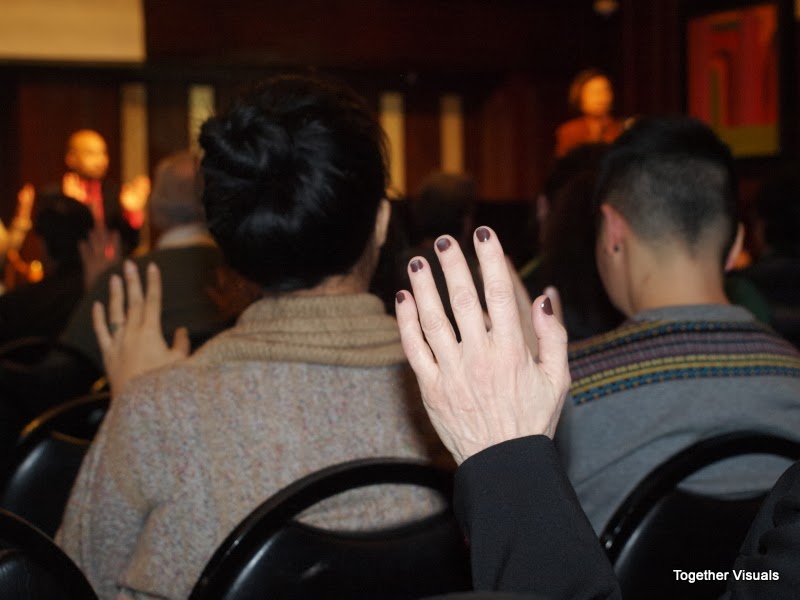 A local journalist has suffered brain injuries and remains in intensive care after being viciously attacked near his home earlier this month. Just before 4 a.m. on Friday, January 17, theater critic and journalist Randy Gener was on his way to his apartment from the opening night of a play, walking on Seventh Avenue between 54th and 55th streets. Just steps from his home, Gener was attacked and beaten. He was found a short while later, bloody and unconscious.

Gener has previously written about theater for the Village Voice, as well as the New York Daily News, the New York Times, NPR, New York, and a couple dozen other big-name media outlets.

Please support Randy's medical expenses. The following companies will donate 10% to Randy's medical expense fund.
The suspect is described as an Hispanic male in his 20s, approximately 6 feet tall and about 160 pounds with short black hair, police said. He was last seen wearing black jeans and a black jacket. Police said the suspect fled in a grey four door Nissan with Mississippi license plate number KAT-397.

The critical information all came from a tipster.
“He doesn’t remember at all what happened that night. It had to have come from somebody who heard our pleas,” said Gener’s sister Jessica Blair-Driessler.

The family is again hoping someone will hear their pleas and turn in whoever was responsible for the attack.

“We’re focused on his recovery, but part of that process is finding the person who did this and understanding why,” said the victim’s sister.

Now, pleas have been coming in from the entire Filipino community.
“One thing is for sure — justice will be served in the end,” said New York Philippine Consul General Mario Lopez de Leon Jr.


The NYPD is seeking the public's assistance with the whereabouts and identity of the following individual wanted in connection to an assault which occurred in the confines of the Midtown North Precinct. The circumstances are as follows:

On Friday, January 17, 2014 at approximately 0300 hours, police responded to a report of an unconscious person in the vicinity of 840 7th Avenue, located within the Midtown North Precinct.  Upon arrival, responding officers discovered the victim, a 46-year-old male, lying on the ground with severe head trauma. Subsequent to investigation it was determined that an unknown Hispanic male did punch the victim in the face causing him to fall to the ground striking his head. The suspect fled in a grey four door Nissan with Mississippi license plate# KAT397. EMS also responded to the scene, and transported the victim to St. Luke's Roosevelt Hospital, where he is currently listed in stable condition.

A sketch of the suspect is attached and available at DCPI.